Get PDF The Stone Mage & The Sea: Books of the Change: Book One 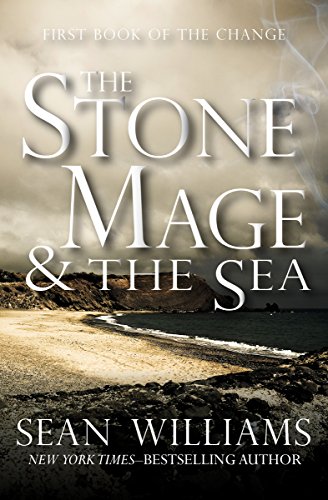 The people have little tolerance for anyone who stands out, and Sal and his father are strangers, running from someone Sal is rescued from the local bully by Shilly and her teacher Lodo, a mysterious tattooed man who seems to know more about Sal than Sal himself.

But soon the Sky Wardens will come to Fundelry — before then Sal must uncover the connection between Lodo and the mother he never met, in order to escape a fate that seems to have been chosen for him before he was even born By using our website you agree to our use of cookies. Home Contact us Help Free delivery worldwide. Free delivery worldwide. Bestselling Series.

The Stone Mage and the Sea by Sean Williams

The Stone Mage and the Sea — Brio Books

Homeless and haunted by a past he never suspected he had, he is unsure where he is running to -- but Shilly is very clear on what she wants. She wants to find Lodo's old teacher and learn from him. To search for the Mage Van Haasteren they must head north to the Interior, where Sal's mother was born. But even if they reach the Interior there is guarantee that the Stone Mages will help them.

The journey over rugged mountainous country on the Old Line is dangerous and the Sky Warden, Shom Behenna, is in hot pursuit.


It will take all their ingenuity and courage to reach the Divide and get across to the other side When the three runaways--Sal, Shilly and Skender--finally arrive at the remote island of the Haunted City, home of the Sky Wardens, Sal's great-aunt, the Syndic, is determined to keep them under control. The ghost that live behind the ancient glass of the city are restless and no one know why or what they can do. The golem will force Sal to do its bidding by whatever means necessary And it seems that the Weavers have their own plans for the three of them--but what and who are they?

Only this time, Sal was coming to suspect, was different from the others. The sandy road doglegged sharply, took them back almost the way they had come. Through a gap between two particularly large dunes, Sal saw the sky as it would appear closer to the horizon, a markedly lighter blue than it was overhead.

Gray specks wheeled over something in that new distance. He thought he could hear the harsh cries of birds he had read about but never seen before. The path joined a worn but sealed road before entering town. Its waysigns were faded; clearly, the road saw few travelers.

Fundelry promised similar facilities to the thousands of other towns along the Strand, and these included a hostel, a bath house, a school, a fishery, a grain silo and an ironmonger who doubled as a mechanic. No surprises there, apart from the last: engineers of any sort were rare this far from the Interior, where metalworking was common. But that knowledge was welcome; the buggy had clocked its odometer limit many times over and could always use a proper service.

Book Review: Soul of the Sea: In the Age of the Algorithm by Gregory S. Stone and Nishan Degnarain

The last had been four months and a thousand kilometers away, in Nuud. They followed the sealed road southward at speed, relishing the relative smoothness of the ancient tarmacadam and the wind sweeping through their hair. Sal whooped, forgetting his uncertainty in the joy of the moment, and his father smiled at the sound. Few ancient roads had survived the ravages of time, and they rarely saw any other motorised transport so close to the coast. Sal and his father were alone on the entire length of this road; it was theirs to enjoy, for the moment.


Then they hit the edge of town and they were forced to slow down, because the road disintegrated immediately, as though an ages-lost machine had run out of tar at that point and never returned to finish the job.